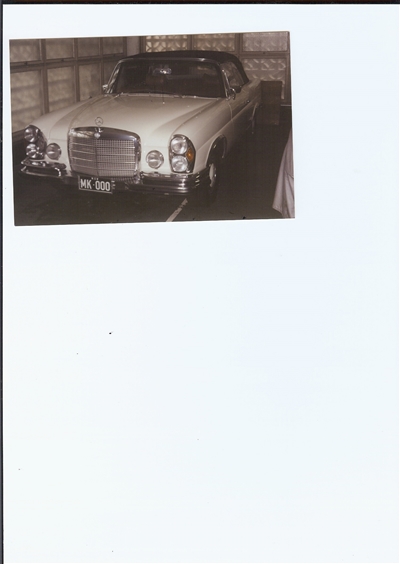 This cab was ordered (code 625) version for Australia but was delivered new into New Guinea. It is believed a member of the Hordern family was a early owner. It changed hands and ended up as Jeff Duttons wifes car. The red interior had been changed to cognac. Martin Kass purchased the car from Jeff and drove it for several years . It was sold to a collector in the Blue Mountains and he later sold it to a collector in Singapore.