Mercedes-Benz have been building long wheel base versions (LWB) of their sedans since 1967 when they first produced the 200D long wheel base sedan in conjunction with the German coach builder Binz. The one featured on these pages is a 1982 250 LWB. It is based on the W123 series of sedans. Other engine options that were available in the W123 LWB series were the 4-cyl 240D and the 5cyl 300D. Here are some specifications: 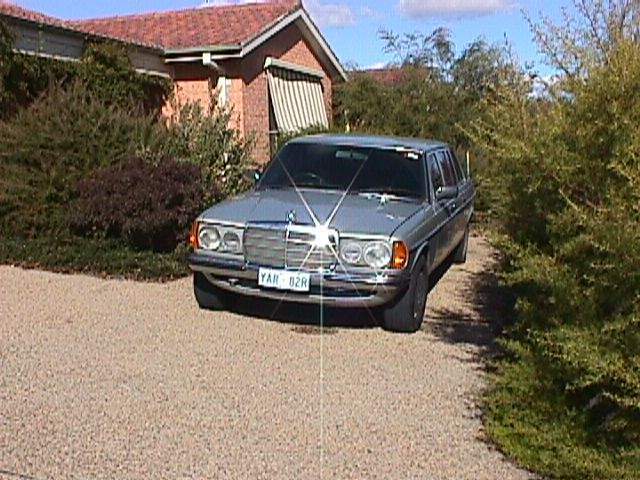 Now the back. The windows have been tinted with a real dark tint. Note how impressed my wife is with the car! 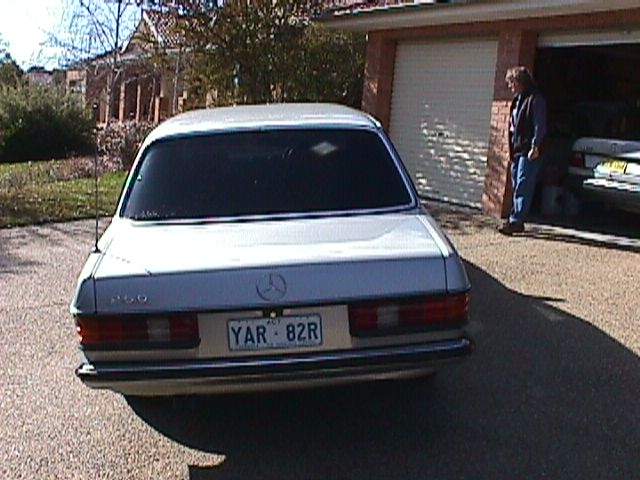 Now the side. I got the correct 15inch steel rims with the car. Lucky they have a new set of 185HR15 tyres on them. 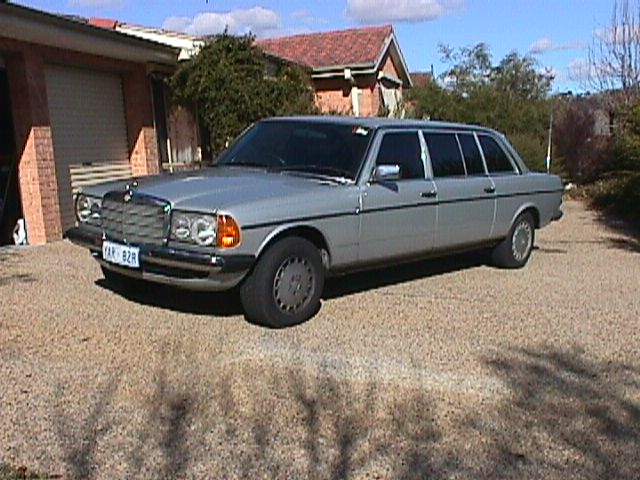 Now the front seats and dash. 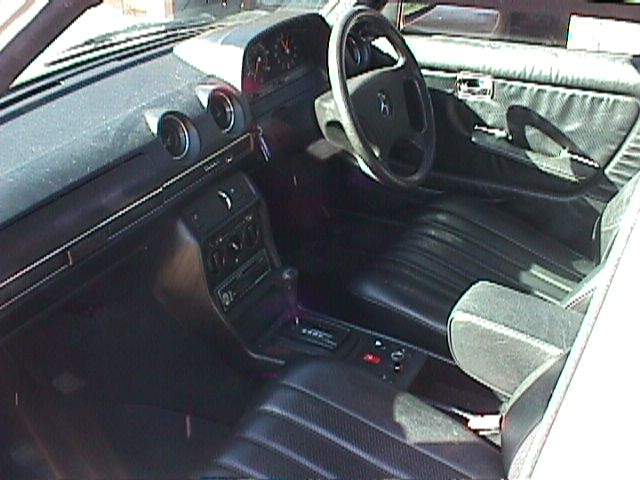 And now the back seat. My kids think it is real cool. 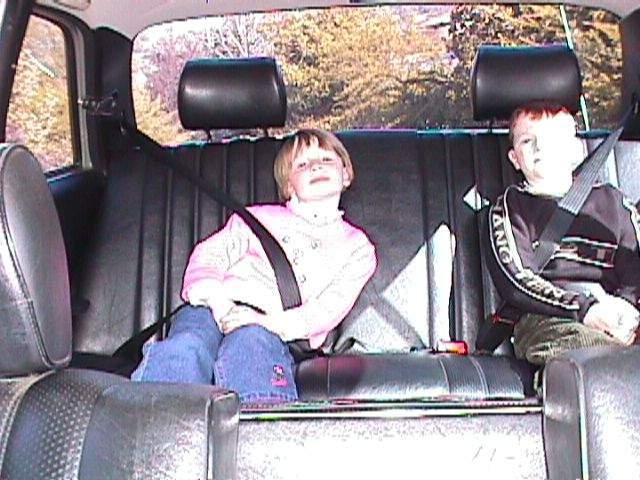 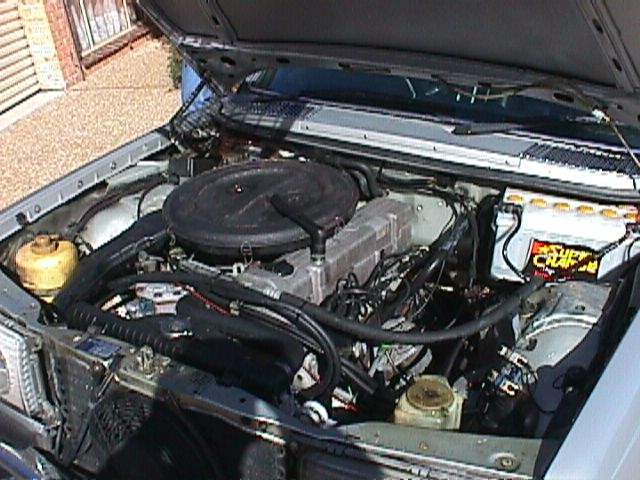 One owner of a 240D LWB in the USA loved to so much he had one carved out of a single piece of stone for his Monument on his grave!!

Here is a shot of the 200D LWB W110 that was built very briefly in 1967. The seven seater Heckflosse (or Finnie as they are called here in Australia) had its wheelbase extended by no less than 65 cm so that a third row of seats could be fitted in the middle. The example shown here is equipped with extra chrome trim. Standard LWB cars did not have the chrome wheelarches or the horizontal chrome moulds along the side. 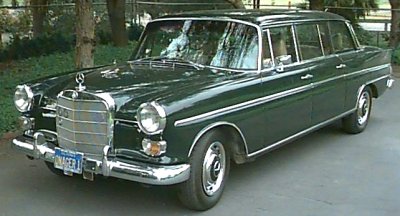