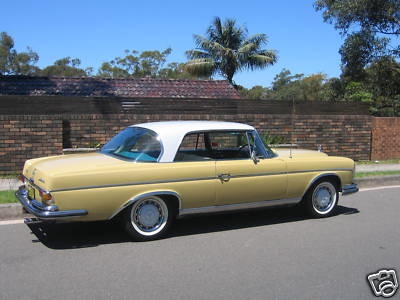 This car has had a very interesting life.

Was originally ordered by Lang Hancock (WA mining magnate) and has had many owners since.

At some stage was converted to a 6 cylinder Ford engine and then to a M129 Mercedes 250SE engine! No idea if the original 300SE engine is still around.

It is also the highest known RHD chassis number that we have collected so far.