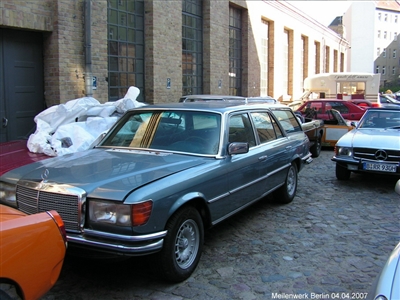 This Crayford wagon was photographed in 2007 at the Berlin Meilenwerk and then appeared for sale on www.mobile.de in 2013. The description, which was in German translated as follows: