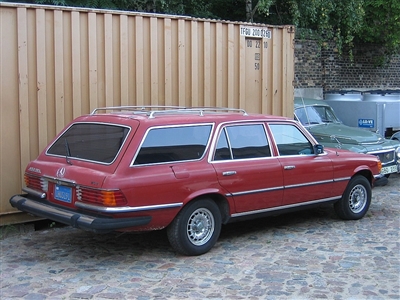 It would appear that red was a popular colour foe the Crayford conversions done by Hoopers in the USA.

Little is known about this car. The pictures shown here were taken in October 2005 out the back of the Berlin Meileinwerks. It appears to be an import form the USA based on the California numberplate.

The high resolution pictures we have of the car show it to be rather sun baked, but a very saveable example.