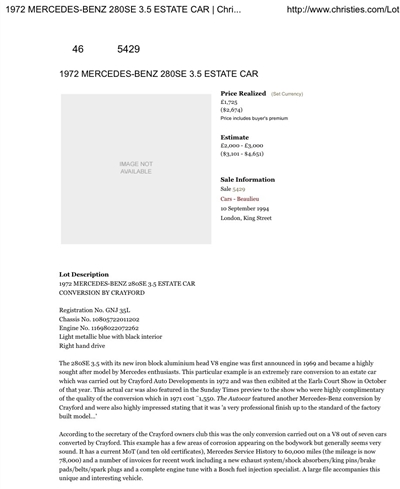 In September 1994 Christies of London listed a 280SE Crayford wagon in there auction catalogue. The blurb in the auction listing claims the following:

- Converted by Crayford Auto Developments in 1972 and displayed on their stand at the Earls Court Motor Show in October 1972.

- It was also featured in a Sunday Times preview of the show, where they were very complimentary on the quality of the conversion.