Welcome to newsletter number 104.  Don't forget our planned 10th Birthday bash for the website at the upcoming Mercedes-Benz club of the ACT Concours, I have included the directions on how to find us. From the feedback I have to date it looks like being a great day. Also, we have the usual line up of interesting articles for you including some info on a new club for little Mercedes-Benz's.

The Mercedes-Benz club of NSW annual Concours has been run and won. It was held around Heritage Park, in the Entertainment Quarter, Fox Studios. I say "around" as the original venue of Heritage Park had to be cancelled when a large number of limbs on the various trees in the park came crashing down in the storm a few days before the Concours. The resulting shift to the roads around Heritage park made things a little squashy but none less exciting. I must say that the level of quality of the cars on display was very impressive and that if what was on display is a "snapshot" of the NSW club they they most certainly have something to be proud of.  The pictures I took on the day can be found here. 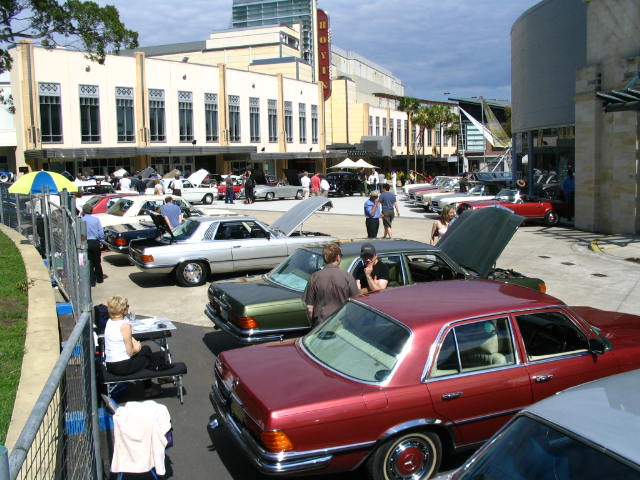 M.B Spares & Service had a trade display there and it was great to see many of our Sydney customers in person rather than just a voice on the phone. For those of you who called in to say hello, thanks. We also had our "Time warp" 300SEL on display, it attracted quite a bit of attention. We will also have this car on display at the ACT Club Concours next weekend. 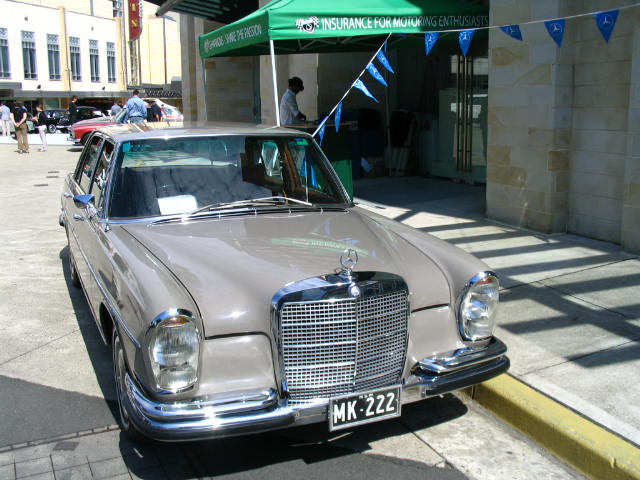 Here is the list of the various Class winners: