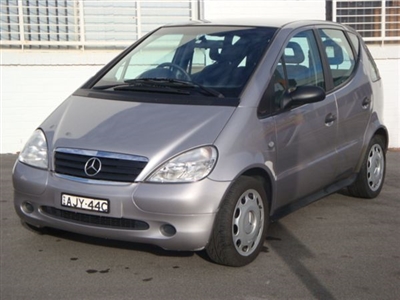 Hello and welcome to the latest Newsletter.

Hello everyone, Big news this Newsletter with a New Classic Car dealership opening in Sydney. We also have the usual great links for you and a great range of pre loved cars.

Don't forget the Concours's coming up for the NSW and ACT Mercedes-Benz Clubs. Details have been updated in the "Upcoming Events" section below.

Please don't forget that if you have any ideas for Newsletter content please let us know .

A funny thing happened in the driveway the other day.

The other day when Chris was putting the cars out in the morning, we accidentally created a great photo opportunity. Check out this picture that I posted on the OZBENZ forum.

Was anyone just slightly curious about the Karmann Beetle and the Bentley Mulliner cabriolet that was in the last newsletter?

Not the normal style of car that we get involved with? Well it was the start of a very exciting new development.

Early this month a new Classic car specialist dealer was opened up in Sydney. Holland Fine Art & Classic Cars is owned by Alex Holland who is a good friend (and customer) of mine. The showroom is located at 16-32 McLachlan Ave in Rushcutters Bay. For those of you who know this area it is the old Suttons Holden dealership. They will offer a range of Classic models and the more unusual current models across a range of marquees.

So where do I fit in to all this? Well Alex is drawing stock from a number of associates including myself. This is going to be a reciprocal arrangement , he gets my stock list and I get his, with both of our customer bases benefiting from a wider range of cars. At the moment my CLK230 cabriolet is in the showroom and I are sending up a W114 280CE that was traded in last week.

I have included a few shots at the top of the Newsletter to give you some idea of how it looks. Their opening hours are 11am - 5pm Tuesday to Friday and 10am - 5pm Saturdays. If you are in the area please feel free to call in and have a look around. Soon we will have a joint page on www.carsales.com.au with pictures of all the cars. I will include the link in the next Newsletter.

It was April and the Aboriginals in a remote part of Northern Australia asked their new elder if the coming winter was going to be cold or mild.

Since he was an elder in a modern community he had never been taught the old secrets. When he looked at the sky he couldn't tell what the winter was going to be like. Nevertheless, to be on the safe side, he told his tribe that the winter was indeed going to be cold and that the members of the tribe should collect firewood to be prepared.

But being a practical leader, after several days he had an idea. He walked out to the telephone booth on the highway, called the Bureau of Meteorology and asked, 'Is the coming winter in this area going to be cold?' The meteorologist responded, 'It looks like this winter is going to be quite cold.' So the elder went back to his people and told them to collect even more wood in order to be prepared.

Two weeks later the elder called the Bureau again. 'Are you absolutely sure that the winter is going to be very cold?' he asked. Absolutely,' the man replied. 'It's looking more and more like it is going to be one of the coldest winters ever.' 'How can you be so sure?' the elder asked.

The weatherman replied, 'Our satellites have reported that the Aboriginals in the north are collecting firewood like crazy, and that's always a sure sign.'

We have had an explosion in the number of cars coming in for dismantling. Here are just some of them:

W123 230 1978, good car, but a bad oil leak from the rear crank seal, has an amazing condition interior, but unfortunately it is khaki green!!!

W108 280S 1971, rare floor change manual, but the reason the car wound up here is that the gearbox seized. Had Americana headlamps that have already been sold.

W115 230.4 1975, neat tan interior, engine has a broken timing chain, which is an unusually problem with this model. We plan to take the rocker cover off and see what brand it was. My bet is that it was an aftermarket one.

Here is the current list of upcoming events. If you know of an event that would be of interest to our Newsletter readers please e-mail me with the details as you will see below it does not necessarily have to be an exclusively Mercedes-Benz related event. The plan is not to put each clubs entire calendar on here, just the major events. Here are a few that I know are coming up:

13th September 2009.Mercedes-Benz club of NSW Concours d'Elegance is the highlight of the club year. A time when the Club exhibits its marque to Club members and the general public. The 2009 event will be held at Parramatta Park, Parramatta NSW. Details are here on their website. Phone enquiries to Karen Fail ph 02 9482-2216 or Concours Director

20th September2009.Mercedes-Benz club of the ACT annual Concours, held in conjunction with the ACT German Autofest. Click here for the Entry form and here for the Rules and General information. You can see some pictures from the 2008 event here.

April 2010. Yes I know that is a long way off, but there is no harm in advance planning. The Mercedes-Benz club of WA will be celebrating their 50th birthday and running the next Bi-annual Mercedes-Benz Clubs of Australia rally from April the 23rd till the 26th. It will be followed immediately by a tour of the South West of WA from the 27th till the 31st of April. You can register your interest in this event by e-mailing them here . Further details are on this website .

- Many of you will know of Murray's (our Spares Manager) love of Rotary engines and in particular the NSU RO80. Well check this out. Not a Mercedes-Benz I know but a very interesting car. Given that Murray, Chris and I are all car nuts we do spend to spend a little too much time surfing the web looking for interesting cars. A find like this is normally followed by a great discussion after work the next day.

- Bit late I know, but FOXTEL have been running a series on the history of Mercedes-Benz on the History channel 6.30pm Sunday night. Looks to me like it is a factory made documentary as it is a little over the top in promoting the products and fails to mention any of the disasters! Still worth a watch. The last issue is this Sunday. I would suspect that they will repeat it soon like all the other programmes that they show.

- Here is an interesting problem that some very observant person noticed in an advertisement for the new E class. You have got to wonder what he was doing watching it in slow motion to see this.

- Bored with your W124 coupe?? Maybe you could give it the same treatment this one got?

- Interesting interview with the head of AMG. I found it slow to load, so just waited for the entire file to download before watching it.

Car sales have continues to be strong , here are list of some of what has sold and also what has recently arrived.

Notable recent arrivals are the A160 hatch with has the rare conventional automatic transmission, not the funshift clutchless manual. This makes this a very easy to drive little car. We also have a very rare E280 Sportline sedan and a CLK230 Cabriolet for sale.

The CLK230 is a great surprise to drive, the supercharger 4 cylinder engine is surprisingly brisk in city traffic.

However the most notable arrival is a car we have had here for the last three months. It is a 1974 280E sedan that has travelled a very well documented 126000kms from new and is a one owner car. The reason we have had it for 3 months is that we brought it suffering from a rusted fuel tank and some other issues. Basically the car had not been driven for the last 10-15 years and as a result of the fuel tank never being full it had gone rusty. It was also so original that it had all the original brake hoses, heater hoses, radiator hoses and exhaust system.. So we have fitted a clean fuel tank and replaced all the old hoses and exhaust system. Other work has been done to awake this wonderful car from it slumber totalling over $3500.00 in work. You can see pictures of it here.

Also don't forget that we now have access to all the cars mentioned above, two stand out models that I have included a picture at the top of the Newsletter of the SLK350.

You can check out all the cars we have for sale here.

New cars into stock include:

So that's it for another newsletter . Hope you liked what you saw. If you have any ideas or want to contribute any articles, pictures or other material please e-mail me here. Also, don't forget that you can check out the old newsletters here
Thanks, John Green.