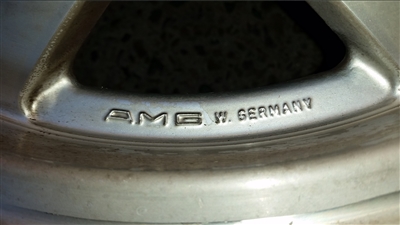 Hello, in this Newsletter we answer a question we are being asked a lot, news of the upcoming inaugural OZBENZ National meet and our ongoing search for more staff.

What happened to all the spare parts?

We have had a lot of questions as to “what happened to all the spare parts” Well, a lot of it is slowly being used up though our workshop and now nearly 5 months on from closing our spare parts division, we have started to list some of it up on eBay. This will be a long process with our aim to list around 40-50 parts per week. You can check them out at our eBay store.  To make things easier parts can be searched by the model they are suited to. You can find these categories on the l/h margin of the listing. Just to slightly complicate things, some parts are suited to a number of models. Below are some examples of just some of the parts listed so far.

We will also be listing some of the more significant USED parts on eBay and advertising them via social media. Here is an example of a very rare set of pre merger AMG alloy wheels that we have listed on eBay at the moment.

Since publishing the list of back logged work a few weeks back we can now report that we have managed to catch up a little. The list is much shorter, but for those of you who understand how much work each job is, you will realise there have been two mammoth jobs added to it.

Some pictures of various recent jobs are attached to this newsletter.

With all this work we are looking for an Automotive Technician to join our team. Our workshop does everything from basic servicing to Concours winning restorations. We pride ourselves in being able to repair parts, not just fit parts. The successful applicant will require skills in basic machining, welding and other repair techniques.

A successful applicant will be able to demonstrate a wide range of these repair techniques and excellent diagnostic skills. They need to be able to manage their own jobs and work unsupervised. Our workshop is well equipped, with factory tools and a wide range of factory repair information.

On offer is a full time position, but we would discuss part time options with the right applicant. Salary is by negotiation.

You can find the job advertisement here on seek.

On the 02 May 2002 at 16:08:38 OZBENZ, Australia’s first online Mercedes-Benz community, came into being with its first ever post. This makes OZBENZ one of the oldest online Mercedes-Benz groups world wide. It was started by a small group of enthusiasts and sponsored by MB Spares & Service.  Since then the technology has changed and so have the various online platforms that the community use. Today OZBENZ is a community spread across Facebook, an online Forum and Twitter using these mediums to share their passion for the three pointed star.

The first OZBENZ National meet is planned for this September, joining with the ACT car clubs German Auto day. The event is open to all OZBENZ members and to MB Spares & Service Newsletter subscribers. If interested and you have a FaceBook account please indicate so by following the link below. To attend the dinner, you will have to notify us by e-mail, (see below).

We look forward to meeting you at what promises to be a great weekend for Mercedes-Benz Enthusiasts.

BYO Lunch Cotter Reserve – The Cotter Reserve is a great meeting point to start off this weekend. There is plenty of parking, BBQ facilities and a great playground for younger Mercedes-Benz enthusiasts. We will meet at 12:00 - 12:30pm.

Paddy’s River Rd cruise – Around 2:30pm we will head off on one of the ACT’s iconic drives, heading south on the Paddy’s River Rd to Tharwa. Those interested in tourist attractions we will be passing the Canberra Deep Space Communication Complex and the Tidbinbilla Nature Reserve.

OZBENZ enthusiasts dinner – To be held in the style of the MB Spares Spanners and Sausages nights, with gourmet sausages from our local butcher. Held at the MB Spares workshop 16 Lyell St Fyshwick from 6:30pm. This is the only catered event of the weekend at $5.00 per head and as such will require a formal RSVP to this e-mail address by the 19th of September to attend.  BYO drinks and kids are most welcome.

Early Morning cruise – the morning will start with a cruise around some of Canberra’s landmarks winding up at Pialligo where the German Auto Day is held. We will leave at 8:30am sharp from the front of Old parliament House. Arrive early for a chat and to pick up your route instructions.

ACT German Auto Day – OZBENZ will be displaying as a separate group to the Mercedes-Benz club of the ACT at this years German Auto day. The event is held at the Pialligo Estate on the banks of the Molonglo River with all cars required to be in position by 9:30am. Catering is available onsite supplied by Pialligo Estate.

OZBENZ Show & Shine – As part of the display we will be awarding prizes in a very different style of Show & Shine. We are still working on the categories, but they will definitely not be the traditional style of awards. Awards will be made at 2:30pm allowing interstate members time to head off home. Sydney is 3hrs down the road and Melbourne around 7-8 hours ideally with 2 drivers, so you can be back at work on Monday. Brisbane and Adelaide guys you might have to take a day off!

For more information see the pinned posts on Facebook and on the Forum. We look forward to meeting you and sharing your passion for the three pointed star.

W 113 Pagoda series was the first sports car in the world with a safety body.

The article below is from the MB Classic Center Media unit and whilst it does have a few mistakes, such as listing the W110 as being around in 1959, it demonstrates just how far ahead of other manufactures Mercedes-Benz were in the 60’s.  The test car was a W111 body, not a W110 as they were not released until 1961.

Stuttgart – The Mercedes-Benz SL, W 113 series, launched in 1963, was the first sports car in the world with a safety body. It was designed so that the area impacted upon – both at the front and at the rear – would deform, thus reducing or completely dissipating the kinetic energy in the corresponding area. The vehicle interior, the actual passenger compartment, on the other hand, was designed to be rigid in order to act as a safety cell for the vehicle occupants. The safety body also contributed to the protection of other road users, which was an explicit development goal for Mercedes-Benz: it also absorbs a part of the kinetic energy for the other – insufficiently protected – road user involved in an accident.

The issue of the improvement of passive safety had been hanging in the air for quite some time. At Mercedes-Benz it was promoted by engineer Béla Barényi, considered the father of the vehicle safety body. In order to test how the safety body responded, the first simulated crash test was carried out in Sindelfingen with a test car of the W 110/4 series on 10 September 1959 as a crash against a stationary obstacle. At that time the first vehicle built according to the new bodywork concept was already on the market: the W 111 series, presented to the press on 1 August 1959 with its six-cylinder models 220, 220 S and 220 SE.

This had consequences for the W 113 series SL because its dimensional concept had already been laid down in October 1958. At the same time a decision was made in favour of Barényi’s safety body. The previous plan – to add a more powerful-engined and cultivated variant alongside the Mercedes-Benz 190 SL (W 121 I series) by equipping it with the six-cylinder engine from the 220 (W 111) saloon – was abandoned at this point.

As the floor assembly for the new mid and executive-class cars ranging from 190 D (W 110 series) to 300 SE (W 112/3 series) was already based on the principle of the safety body, the same floor assembly was used for the W 113 series of the SL, which was being developed at the same time. Although Barényi’s reflections were spelled out in a patent, they were not at the time as well-founded and confirmed as they were later to be by a series of crash tests. The accident test carried out with the W 110/4 mentioned above remained the only test in 1959. In 1960, the tests were expanded and also included roll-over tests. With them it was possible to demonstrate in practice the basic demands for the greatest possible rigidity of the passenger compartment against impact from any arbitrary direction, and the assigning of limited rigidity to the front and rear sections with the object of reducing the violence of the impact through their planned, energy-consuming deformation.

With the W 113 series of the SL, the concept was applied to a sports car for the first time; at the same time, the steering gear was moved back to the firewall, the steering column yielded to axial compression and additionally featured a joint to prevent the feared lance effect, there was an impact plate on the steering wheel, and later, in the 250 SL launched in 1966, an impact absorber was featured. These safety features were not offered by any other vehicle of this category anywhere in the world. The same is true for the elimination of hard corners and edges on control buttons and knobs on the dashboard, with its padded upper and lower edges, and the recessed door handles.

With each of the following SL generations, the issue of safety has been raised to new, exemplary levels. For example, series R 129 (1989 to 2001) set impressive standards with its sophisticated safety concept for an open-top sports car, including among other things a roll-over bar, which can be deployed to protect occupants within just 0.3 seconds in the event of the imminent danger of the vehicle overturning.

So that’s it for this Newsletter,