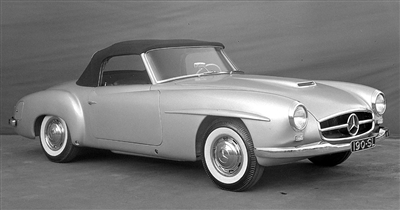 The Mercedes-Benz club’s of NSW and the ACT have been run and won. MB Spares attended both events displaying two modified W123’s. The Peking to Paris rally car and the 500CE that we finished a few years ago. It was great to catch up with many of our customers and look over their cars. Many of which have been restored or preserved using parts from us.

The Mercedes-Benz club of the ACT Concours was won by Terry Ward who drove his C43 down from Toowoomba. This must have been a massive effort to drive that distance, clean it and win outright. The runner up was Graeme Inness from the Victorian Club with his SL280. As you can see the ACT club Concours is well attended by interstate members. You can find pictures of the Concours here.

The Mercedes-Benz club of NSW Club event has been run and won. This year they will be announcing the winners at their presentation dinner at the end of the month.  They celebrated the 50th anniversary of the launch of the 190SL with 22 examples on display. Certainly the most we have ever seen at once. This was a great dau out with a very diverse range of Mercedes-Benz models on display. This included a pair of 600 Pullmans and a stunning pair of W108 hearse's. You can see the pictures from the Concours here and below we have some more information on the release of the 190SL.

The next big event on the MB Spares calendar is the 21st annual Sausages and Spanners night with the members of the Mercedes-Benz Club of the ACT.  It is to be held on Tuesday the 10th of November from 6pm onwards.   We will supply the food and beverages, feel free to bring a chair if standing for too long is an issue. Mark the date in your diary now.

The theme for this years event will be “how does it work?” and we are asking for customer input as to what you would like explained.  As an example  “how does ABS work”.  So please e-mail us with your requests. We will sort though them and answer as many as possible.  Here are the pictures from last year.

We have a great selection of cars for sale again. These include two ultra low mileage examples. Some are with our sales partner in Sydney, but can be viewed here in Canberra if required. Click on the link for each car for more details.

Here is a summary of what we have posted on our Facebook page.

- We updated the pictures of the 280E rally car, scroll down to see the new pictures.
- We had a really cool picture of an Autobahn Police pursuit car complete with dash cams. This was one of the most popular pictures we have posted for some time.
- We had a demonstration of why you should change your coolant at the recommended interval.
- We had this mystery to solve.
- An example of just how strong old W114’s actually are.
- And we showed off a brand new 280SL cylinder head.

Here is a summary from a recent Daimler press release. If you want to read the full article, you can find it here.

An elegant, open-top sports car with the Mercedes star on its radiator: That is model 190 SL (W 121), which Mercedes-Benz presented in New York in 1954 and whose market launch was in 1955. The roadster’s story began with Maximilian E. Hoffman, since 1952 the New York-based official Mercedes-Benz importer for the US market. In 1953 he realised the sales potential for sports cars from Mercedes-Benz in the USA, and then campaigned for two of these vehicles to be built as production vehicles: according to Hoffman’s recommendation, the 300 SL Racing Coupé (series W 194) was to be made available – with modifications – as a production vehicle, and the Stuttgart-based brand was at the same time to produce an open-top sports car to accompany the Gullwing coupé. That is how the 190 SL was born.

About five months later both cars were to celebrate their premières in America: they were presented at the International Motor Sports Show in New York which took place there from 6 to 14 February 1954, at that time the most important motor show on the other side of the Atlantic. This meant that the engineers had very little time for development. Speed was of the essence, especially in the case of the 190 SL, which had to be technically redesigned based on the 180 series, whereas for the 300 SL production sports car, the further-developed 300 SL racing sports car served as a model. Already a few days after the Board’s decision, the directors of Daimler-Benz were examining the first sketches, and two weeks further on they were able to assess the first 1:10 scale model, which was followed another eight weeks later by a full-scale model.

Until then, the bodies of various models had been available in the two-seater A-version as Cabriolet, Roadster, or Coupé, too. According to chief engineer Fritz Nallinger, this body variant would be replaced in future by the SL vehicles – no longer with the existing formal lines and face, but explicitly in the SL design, which included the star placed centrally on the radiator grille. This was a paradigm change in the model structure, making the 190 SL and 300 SL the symbols of a new product philosophy and the forerunners of the later SL-Class.

While series production of the Mercedes-Benz 300 SL began in August 1954 at the Sindelfingen plant, the 190 SL was thoroughly revised once more because the car displayed at the International Motor Sports Show in New York was neither technically tested nor stylistically mature. In March 1955, Daimler-Benz then presented the final model of the sports car at the Geneva Motor Show. The body was designed by Walter Häcker and closely followed the design of the 300 SL Gullwing Coupé. However, unlike the 300 SL, the 190 SL had a retractable soft top.

The production body showed some clear differences from the show car: the stylised intake scoop on the bonnet was dropped; the forward edge of the bonnet had been moved farther back; there were splash guards above the rear wheel arches too; and the bumpers, indicators and tail lights were modified. The Sindelfingen factory started building the pre-production series in January 1955. Main series production commenced in May.

The motor press praised the 190 SL among other things for its safe handling properties. These were ensured by the low-pivot single-joint swing axle already familiar from the 220 a, and other features. The front wheel suspension including the sub-frame was adopted from model 180, from which the floor assembly – though shortened – also came. A new development was the 1.9-litre petrol engine with the designation M 121 B II. The four-cylinder unit had a single overhead camshaft and is regarded as the forerunner of an entire family of engines. In the Mercedes-Benz 190 SL it developed 105 bhp (77 kW) at 5700 rpm and accelerated the fabric-topped variant from 0 to 100 km/h in 14.5 seconds.

A sports variant of the Mercedes-Benz 190 SL

The first sales brochures showed a sports variant of the 190 SL: light-alloy doors, small Perspex racing windscreen, no soft top, no bumpers, heat exchanger or insulating material, gave it a weight of 1000 kilograms, around ten per cent less than the normal road version. The number of units built is not documented, and only very few sports versions found their way to the customers; they probably also came in for further fine tuning with modifications to the four-cylinder engine, lowering of the body, sports shock absorbers and modified springs. The sports 190 SL scored its biggest success in 1956 in the Sports Car Grand Prix in Portuguese Mação, entered by the then Daimler-Benz importer in Hong Kong. The right-hand-drive sports car took first place ahead of a Ferrari Mondial and various Jaguar and Austin-Healey cars. In the same year the Mercedes-Benz general importer in Morocco won his class (GT to two litres displacement) in the Grand Prix of Casablanca. On account of the racing regulations the idea of the sports 190 SL was not pursued any further: in many competitions the vehicle, modified as described, would have been classed as a production sports car and thus would not have had a chance. On top of that a decision of the racing authority FIA (Fédération Internationale de l'Automobile) prevented classification as a GT – it said that a Gran Turismo must have a completely enclosable body – a condition which the converted 190 SL could not meet.

Until next month, unless we see you at Spanners and Sausages, drive safely and look after your Benz.