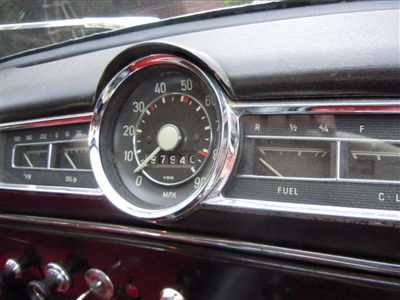 Did you know that Mercedes-Benz passenger cars and light commercial vehicles were actually assembled here in Australia?

Back in the 1920's a company called Eclipse Motors was established for the purpose of imported automobile distribution in Australia. The company expanded into automobile production opening a plant in Port Melbourne Victoria in 1952 under the new name of Standard Motor Company (Aust.) Pty. Ltd.

The aim of this new company was to assemble cars here in Australia and too avoid high import taxes by using a percentage of locally scoured parts in each vehicle. It also meant that they could assembled cars locally to avoid the a federal Government law introduced in 1953 where any cars imported onto Australia's soil required a new 'import license'. The Standard Motor Company imported complete knock down (CKD) kits and had the capacity to assemble about 100 vehicles per day.

Reborn as Australian Motor Industries Ltd in 1958 the company signed an agreement with Daimler-Benz to assemble and distribute Mercedes Benz vehicles in Australia and a new subsidiary company Mercedes-Benz Australia Pty Ltd was formed to handle the Mercedes Benz franchise. The first Australian produced Mercedes-Benz was a W180 series 220S which rolled of the production line on the 12th of February 1959.

Alongside the Mercedes-Benz Vehicles produced at the Port Melbourne Plant was an incredible range of CKD cars from around the world including names like Volkswagen, AMC Rambler, Volvo, Triumph, Toyota and even Ferguson Tractors.

Another financial crisis in 1961 saw Daimler-Benz AG purchasing the distribution company Mercedes-Benz Australia and their associated dealerships. Assembly of CKD Mercedes-Benz vehicles finished in 1965. Whilst there seems to be some vagueness in the total number of vehicles assembled the following figures were quoted by Dietmar G. Haug, the Group Manager, National Car Sales, Mercedes-Benz (Australia) in the 1980's.

So, now the sad news. It is now universally accepted that the build quality was not so good. Whilst major assemblies like the engine, transmission and differential arrived complete from Germany the body arrived looking like a crazy jigsaw. They were welded together and painted by AMI which is now their downfall. Structually they were fine, but with poor rust proofing poorer quality paint being used most examples are now rusted out hulks. As a result of this the number of rust free original Australia production cars still left on the road is very small. The interior furnishing were also locally sourced and did not last as well as the German production equivalents, especially if exposed to too much sunlight. I have no figures to back this up but I would excpet the survival rate of Australian V's German production cars to very differant.

The pictures below are of a 1961 190Db, produced at the AMI plant in Port Melbourne, that we are very proud to have owned for the last few years and offered for sale in 2012. It is body number 47 of the 90 produced. As a unique piece of Australia's motoring history it would be great to see it go to someone who understands its significance and place in history.

The previous three owners are to be commended for the love and attention they have lavished on this car, the end result being that it is possibly one of the finest remaining examples of an Australian produced Roundie. Not only that but it is still in original condition.

This vehicle has been sold.